So by now, you must have heard of Josef’s Vienna Bakery (you’re on our blog, right?). Maybe you’ve been coming in for years. Or, maybe you’re new to the area and have just visited us for the first time. Have you ever stopped and wondered, who is this Josef? And what is a Vienna? I recently had the chance to sit down with Sonja Pasa, the powerhouse behind the Josef’s Vienna Bakery & Cafe you know today. She partnered with Josef for twenty years, and she had some answers for us. 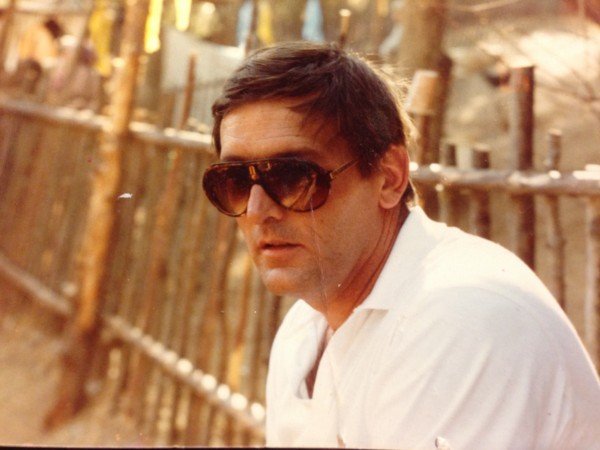 His name was Josef Pasa. He was a talented and driven pastry chef trained in the coffee-and-dessert culture of his hometown Vienna, Austria. Josef was born in 1936, the middle child in a working class family. His father, Johann Pasa, ran a small grocery where he specialized in Deli & Charcuterie. Josef’s older brother Hans had been sent to apprentice with the largest deli in Vienna at the time, and when Johann decided to expand his patisserie selection, Josef was chosen to take the next apprenticeship. Johann had been longtime friends with a local baker who owned a shop in the 10th district of Vienna. Herr Zimmermann was a zuckerbacker, a baker who specialized in fine pastries, cookies, & confections. He brought Josef on board as an apprentice when he was just 14 years old as part of Austria’s Dual Education program, a system that splits a students time between educational and vocational training. Though his first love had always been cars, Josef shined under Herr Zimmerman. By the time he was 16, he was overseeing bakers twice his age. He spent 7 years learning the ins and outs of pastry and sugar. When Josef left at 21, Zimmermann was heartbroken: with no children to pass his store to, he had hoped Josef would stay.

But Josef had bigger dreams. Switzerland beckoned. Always an avid skier, Josef had vacationed many times to different resorts all over the country. His favorite was Zurich, and he spent the next few years working in and around the area at various resorts and konditoreis (bakeries specializing in pastry).

Then Hilton Hotels came calling. They were looking for a team of pastry chefs for the opening of their newest property, the Washington Hilton in Washington DC. The United States! Josef  jumped on a plane to the states and never looked back. For two years, he stayed in D.C., working his way up through the ranks of Hilton’s pastry team. When they needed pastry chefs for a property in Houston, he jumped at the chance. His idea of the American Dream was to be a Texan and drive a zippy convertible in the sun. So he moved to the Lone Star State and bought a green Mercedes with a soft top.

At this point, Josef had moved up the ranks at Hilton Hotels and had emerged as a sought-after pastry chef. In 1966, he moved to Los Angeles as Executive Pastry Chef for the Century Plaza Hotel, a brand new property where he caught the attention of famed hotel developer Kirk Kerkorian, an influential land-owner shaping the face of Las Vegas. Kerkorian liked Josef and his sense of artistry. In 1969, he appointed Josef as Executive Pastry Chef of the the International Hotel in Vegas. At the time, it was the world’s largest hotel casino, with 1,512 rooms on thirty stories. From there, he went on to be Executive Pastry Chef at Caesars Palace, another Kerkorian property. He prospered in Vegas for years, but he also had other dreams, dreams of being his own boss and having his own shop.

For years, Josef had been far from his family. Lake Tahoe was a welcomed reminder of home, as he missed the mountains and longed to don his ski goggles and spend a day on the slopes. Being fairly close, he traveled to Tahoe often from Vegas and came to love the area, with it’s big blue skies and snow-covered peaks. When he was presented with an offer to open a new property in Reno, he seized the opportunity. He came on as Executive Pastry Chef for the MGM Grand Reno. He was tasked with designing his bakery production kitchen from the ground up, a once in a lifetime chance. He optimized the layout to be exactly as he liked, and when they opened in 1978, it was the largest hotel/casino in Reno.

After 2 years in Reno, he had the opportunity branch out on his own and buy an existing bakery. It was a small space on Moana Lane, with antiquated machinery, a wooden fridge, and a deck oven for making pizzas. His friends thought he was crazy: why leave a desirable job in a luxurious kitchen? But Josef’s dreams was getting in the way of his stable life. He envisioned a little piece of Vienna, right in the middle of the Biggest Little City.

In 1980, he left the MGM Grand in the capable hands of Franz Hauser, his long time friend with whom he had apprenticed in Vienna (you may know Franz from his shop, Franz’s Backstube, another popular Reno bakery).  He opened the doors of his Josef’s Vienna Konditorei & Cafe in August of 1980. It was just him, a pot washer, and a girl to help customers. Daily, he worked to fill his cases with danishes and fine pastries. He served coffee and little else. Against everything he had been warned of, he worked out a niche for himself and his European pastries in a land of donuts and sheet cakes. His business continued to grow and grow. When Sonja became a full business partner, they expanded to include a small cafe menu with soups and sandwiches.

For the next 20 years, Josef and Sonja worked endless hours to grow their business. They expanded their bakery product  line, cafe menu, and opened multiple locations. Josef embraced “baker’s hours” and went to work at 2:00 every morning, 6 or 7 days a week. He worked tirelessly to maintain his dream, and he loved every moment, achieving ultimate fulfillment in 1997 when he got to buy himself a white Porsche Carrera. Just a few years later, in January 2000, he had a heart attack after dinner one night and passed away unexpectedly. Sonja, now a widow, surrounded herself with family, friends, dedicated staff and powered on. It’s hard to believe it’s been 15 years since he passed away but his memory is still strong here to this day, as we have staff members who worked and trained with him all those years ago.

It’s been 35 years since Josef opened the doors to his little konditorei, and we are humbled by your long-time patronage and support. I hope you’ve enjoyed learning about Josef Pasa, Baker Extraordinaire. Keep an eye on our Facebook page and our blog to learn more about what happened after Sonja came on board. There’s so much more to their story! 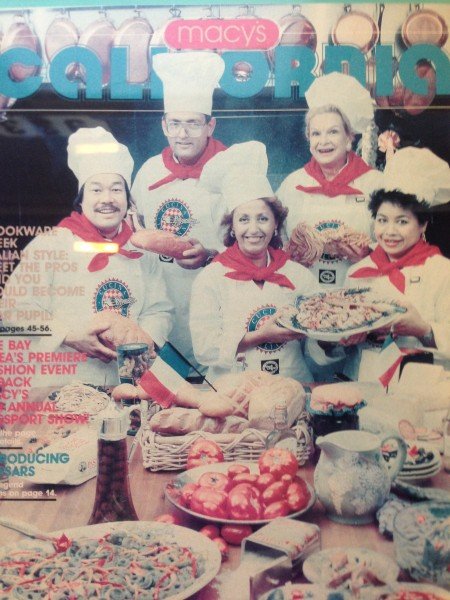 Josef & Sonja on the cover of California Magazine, 1987

At Josef’s Vienna Bakery, we have been a part of your big day for almost 30 years. Experience excellent service, attention to detail and the best cake in town for your once-in-a-lifetime event.

Give the gift of good taste to family, friends & yourself….

Check Out Our Exciting New Recipes!

Keep up with what's going on at Josef's by liking us on Facebook: